If you missed Sunshine’s testimony on Tuesday, I hope you will take a moment and read what she had to say. I find it so encouraging to see the way God uses His Word and the community of believers to smooth the rough edges in all of us. 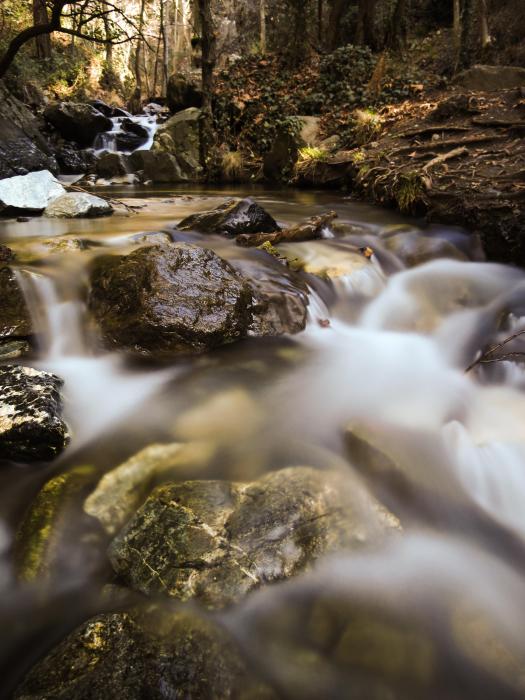 The question I was asked to speak about today was, “How have Equip Her Bible Studies equipped you?”  If you spend any time around me, you’ll quickly discover that when asked a question, my answers are usually attached to a story.  So let’s start this story at what was for me a new beginning.

In the fall of 2007, I was working here at Lincoln Berean as the Administrative Assistant for Women’s Ministries.  I had been married for just over 2 ½ years and was about 7 months into what would turn into a three-year separation from my husband.  My friend Claudine, whom I had the privilege of working with in the office and whose leadership and life I admired, was teaching a class that fall about Personal Worship.  Because I had heard pieces of Claudine’s life story, and because I cherished the wisdom that she often shared during our interactions, I felt compelled to attend this particular class.

Until this point, my marriage, and especially our separation, was full of confusion because questions would never get answers, and continuous problems were not being resolved.  My husband and I walked on eggshells around each other.  As a result, I was reacting to what was happening, and— as many women do— imagining the worst of what could happen.  It was an emotional roller coaster.

I had heard Claudine share her story before.  But this time, in my situation, the words that God spoke to her decades earlier, touched my heart in a very tangible way.  And while I can’t recall the exact words that she shared, what my heart heard that day was, “Take your eyes off yourself, off your situation and focus on Who I Am.”  And with those words, I knew I was in the right place.  My heart was hurting, I felt paralyzed by fear, and yet, the seed of hope had been planted. And what happened next changed the trajectory of my life as a Christ-follower.

Though I had been a Christian since I was 8, I had a faulty understanding of who God was.  I was a “good” girl . . . I grew up in the church, worked on camp staff, taught Bible studies, lead worship, didn’t commit any of the “biggie” sins, and waited to give myself to my husband on our wedding night.  So I was utterly confused as to why I, being the good girl that I was, was in this situation with my husband.  Why would the God who loved me so much, whom I was a big cheerleader for, allow such difficulty in my life?

Claudine gave us notebooks to record what we discovered as we started digging into Scripture.  This time, I wasn’t looking for how I should live differently to make my life better, but instead, I looked for what God was saying about Himself in each passage.  What did He promise to do?  As I started to dig in, I began to uncover things about God that I had never seen.  I began to see a God who would provide, who would shelter, and who would comfort.   And what’s more, I began to believe these truths were applicable to my life.

During the course of this study, I also began actually using the Character of God cards I had helped prepare for these Bible studies each semester. At the time, we put them on colored paper and laminated them, but now they are all conveniently located in your prayer journals.  There were nights during our separation that I would have no words to pray, but I could cling to the promises of God’s character that were displayed in Scripture—nights that were so devastating that all I could do was say, “God, I don’t know what’s going on right now, but I know that you’re good, that you’re trustworthy, that you’re faithful.  . . . You are sovereign.”

And in this way, a foundation was laid through which I could ﬁlter every situation, and begin to believe different things about myself, my husband, my situation and God.  I could begin to capture a thought, and weigh it against the truth of Who God Is, based upon what He says about Himself in His Word. It took the pressure off of me to come up with my own interpretation, because all I had to do was read and believe what was right in front of me.  And while my separation continued for several years beyond the class, I was no longer being tossed around on the emotional roller coaster, but I was anchored by the truth of God’s character, with a growing trust in Him despite my uncertain circumstances.

Fast forward a few years. Our separation has ended, and we begin the long process of allowing God to restore our relationship.  We continue to grow and learn and things aren’t perfect, but we are heading in the right direction, and most importantly, heading in the right direction together.  And Equip Her studies continue to impact my life on a daily basis.   In the fall of 2012 Claudine taught through the portion of Acts where Paul and Barnabas go on missionary journeys together, going into some of the same areas in which Saul had persecuted Jews before his life was changed.  Barnabas had to advocate for the changed man that Paul had become.

During this study, I began to realize that my husband had done lots of growing during our separation and in the early years afterwards, but I had not recognized these changes, and was still looking at the former man. But why would I do that? Why was I continuing to look for the man he used to be, rather than celebrate who he was now?

Last fall, the answer came. Renee Meyer walked us through a sweet, sweet study of the Psalms.  During the study of Psalm 106, a history of the Hebrew nation, somewhere in between the parting of the Red Sea and the grumbling in the wilderness, I saw myself in this story.  There was a point at which I had a history of God’s provision and deliverance behind me, and yet I looked at the relational struggles we were continuing to face with confusion and grumbling. And I was mostly holding my husband responsible.

But he is quick to take ownership of the ways he has hurt me or others.  So this time, I knew the problem lay with me. Instead of looking with anticipation at the promises that God had in store for our future, I was stuck in the slavery of our past.  I was still stuck in old ways of relating to him, old ways of thinking about him, expecting certain behaviors and reactions from him – when in fact, God had done major work in my husband’s life.  And I had to apologize to Corey for not allowing my perception of who he was to grow and change with him, because, like the Hebrew nation, I was stuck in the comforts of my own slavery –the defense mechanisms that I had used for so many years during our heated struggles, the ﬂawed “personality traits” that were less than Christ-like, and faulty thought patterns about my marriage.

These classes have equipped me to be a more forgiving wife and see the areas in which I need to ask forgiveness, and ask God to reﬁne me. One of the biggest blessings in allowing God to restore our marriage is that we now have the privilege of raising two little guys. Luke is now 3 and Sam is about 10 months old. So far, Luke has proven to be strong-willed, like his mama.

Last fall, after an emotionally heated morning trying to get my kiddos out the door so that I could get to the Psalms study, Julie Luse gave a demonstration of a mother horse calling for her baby to come close. She mimicked the sound that the mama makes, which was quiet, and inviting, and the exact opposite of my demeanor that particular harried morning.  After Julie made this sweet sound, I melted because God was revealing through that illustration a character trait that I needed to work on.

So when Renee assigned us the task of writing an acrostic, the word GENTLE was laid upon my heart, as a guide for parenting, because I was reminded that God’s kindness draws us to repentance. He is never forceful or loud in His interactions with me, but ultimately, gentle and loving, speaking in creative ways to my heart.  It’s in these conversations that I become equipped to be a more gracious and gentle parent, reﬂecting more of God’s heart to draw my little ones closer to His.

I want to be known as a woman of strength and beauty that ﬂows out of God’s goodness in my life. And it’s in these classes that I learn from seasoned and new believers – their points of view challenging me to think and live differently, informing my life and decisions.  I see in front of me women who have a deep appreciation for God’s grace, and a growing affection for His Word. Who better to journey through this life with?

Several years ago, Nichole Nordeman recorded a song titled River God.  One of the lines reads: “The deepest part of you is where I want to stay and feel the sharpest edges wash away.”

I am so grateful that Equip Her Bible studies is one of the tools God has used to gently and lovingly wash away the aspects of my character that don’t rightly reflect His character.  I am so grateful that in these classes, in conversations and study with you, I can learn the deepest parts of Who God Is.

One Reply to “Smoothing Rough Edges”