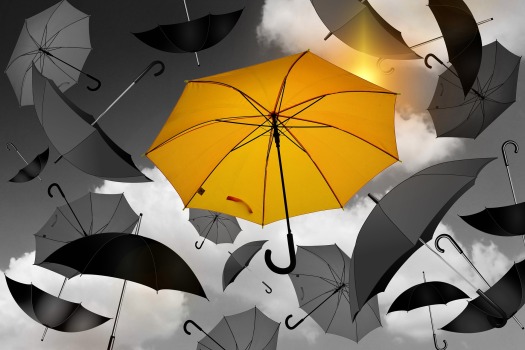 I got a call from my son Andrew in the summer of 2006 to discuss his upcoming wedding.

“Hey,” he said, “Laura and I were thinking it might be good to have you and her parents meet each other before the wedding in November. Why don’t we meet in St. Louis over Labor Day?”

Different? Different? My own son is saying that we are different? Well, yes, we’re different. I mean, it’s not like we don’t know that. We don’t really fit the pattern of the average American. Like, well . . .

Yes, we are different.

But, quite frankly, we don’t mind being different.

Really, that’s no surprise . . . considering we both had rather different experiences growing up. Both of us come from Pioneer stock. Now, that’s not too unusual here in the Midwest, but our families were still at it.

I was born in Seattle. When I was 4 ½ my dad was given the opportunity to work for the Boeing airplane company putting in the Minuteman missiles throughout the upper and central Midwest. So, though my parents had both been born and raised in Seattle, they embarked on a new pioneering venture. Thus began my truly unique upbringing. Suffice it to say, from the age of 4 ½ until age 18, I lived in seven different states, went to fifteen different schools, and moved twenty-two times. I learned what it’s like to be different.

My goal every time I moved to a new school was to try to figure out the culture as fast as possible so I could find my way around and attempt to assimilate somewhat. This was difficult since every state, every town, small or large had their own rules about what was in and what was not, what was cool and what was uncool:

And I didn’t talk right:

I was decidedly uncool since I lived in a trailer, was one of those Boeing kids, didn’t talk right, didn’t act right, and didn’t look right. Yep, I was different! The Missouri Ozarkians said it the plainest, “Y’all aren’t from around here, are ya?”

But because I was new and different, I got to know people I never would have known–people who were also different who let me into their world. I had friends in each location who were unique in their own way; people who were decidedly uncool and often marginalized. I had an African American friend in the third grade (She didn’t talk right either. Her family was from Mississippi.), a Jewish friend in the fifth grade and a handicapped friend in the 10th grade.

But all this different-ness God used in a mighty way in my life. He led me to realize He wanted me to be different in His own special way. Let me explain.

When I moved to Belle Fourche, SD, in the eighth grade, I met some local kids who were very different, but in a wonderful way. They were joyful, sweet to each other and to the other students, energetic, full of life, and kind. They met every Thursday before school for Bible study in the attic of a local café. One time they invited me. They sang, shared scripture and prayed. I had never heard many prayers besides printed prayers, but these kids prayed from their hearts.

And, they accepted me. The girls didn’t talk about clothes or hairstyles or shopping or boys. They talked about loving Jesus and worshiping and praying for one another. The guys were real people and not trying to impress the girls. They were also singing and sharing scripture. It was amazing!

They didn’t care about how I dressed or where I was from or how much money my family had. When I was ten I had accepted Jesus into my heart and had seen a definite change in myself. But these kids were growing mightily in the Lord and making a difference in their lives and others. Just before we moved to another state six months later, I bowed my knees before God in my room and prayed, “God, whatever they have, I want.”

And God answered my prayers. As I grew, I allowed myself to become different in a new, special way. I asked God to change me, to make me kind and good and peace loving and joyful. I asked that He would help me love others the way He does and see others the way He does. As the years have passed I have tried more and more to lay down my own will and allow His to take over. And He has made me more different, not less. It’s sometimes painful and sometimes difficult, but it’s always good.

“Do not conform to the pattern of this world, but be transformed by the renewing of your mind. Then you will be able to test and approve what God’s will is—his good, pleasing and perfect will.” [Romans 12:2]

So here are my BOLD words to you: Don’t be afraid of being different. Be your unique God-transformed self! Don’t conform to this world. Allow God to mold you into your best self so that you can accomplish what God has put you here on earth for. Make good, right, Godly decisions, not succumbing to what’s fashionable or cool or popular or valued by the world, but yielding to what God says is good, and true, and life-giving.

Let yourself be different!